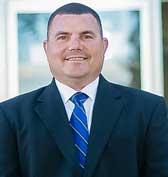 Johnson County was established on December 13, 1834, when it separated from Lafayette County. Johnson County was named after R.M. Johnson, a Kentucky senator and later vice president of the United States. As of 2015 Johnson County has an estimated population of 53,951. There are seven municipalities located in Johnson County: Centerview, Chilhowee, Holden, Kingsville, Knob Noster, Latour, Leeton and Warrensburg, which is the county seat. Communities that no longer qualify as incorporated towns, but are still recognized on our county maps include: Burtville, Columbus, Cornelia, Dunksburg, Elm, Ernestville, Fayetteville, Magnolia, Medford, Montserrat, Owsley, Pittsville, Post Oak, Rose Hill, Slab Town and Sutherland.

Johnson County's most famous resident is not a man or a woman, but a dog named Old Drum, who was wrongly accused as a sheep-killer by his owner's neighbor and was shot and killed. If Charles Burden had not loved his favorite hunting dog as he did, the unusual trial of Burden vs. Hornsby would never have occurred and George Graham Vest would never have had the opportunity to make his classic eulogy to all dogs. A statue of the infamous hound, along with the moving speech, stands immortalized on the Courthouse Square. To this day, over one hundred years after the fact, the statue and the story behind it still bring visitors from across the country.

"Police, at all times, should maintain a relationship with the public that gives reality to the historic tradition that the police are the public and the public are the police; the police being only members of the public who are paid to give full-time attention to the duties which are incumbent on every citizen in the interest of the community welfare and existence."
- Sir Robert Peel - The Nine Principles of Policing

Johnson County is also home to University of Central Missouri and Whiteman Air Force Base - home of the Stealth Bomber. Johnson County is approximately fifty miles east of Kansas City and is rapidly growing as commuters move farther from the city.

Genealogical research brings many visitors to Johnson County each year. The County Clerk's office has birth and death records from 1883 to 1893. The Recorder of Deeds has land records and marriage records from 1835 to the present. Wills and probate records are located in the Circuit Court, Probate Division. Trails Regional Library, located in Warrensburg, houses the West Central Genealogical Society and Library. The Johnson County Historical Society, also located in Warrensburg, has numerous resources.

The Sheriff's Office had been located within the city limits of Warrensburg until the year 2012. It was at that time the County purchased the old ICC facility west of Centerview, Missouri. ICC was a privately-owned incarceration institution which housed prisoners from all over the west central portion of Missouri. Shortly after the purchase of the facility, it was remodeled and became the current home of the Sheriff's Office and Detention Facility.

Currently the new facility houses the Sheriff's office, his administration, enforcement and narcotics units as well as a detention facility that has the ability to hold 240 inmates.